The hunt for her missing axe brings Brialynne to the seat of the academics in Duberdon. Could these scholars be the ones hiding her precious artifact? In Pendula Swing Episode 6 – Public Display of Heroism, you get to visit the Academic District, walk around the campus, discover an intriguing student life, read way too many books in the University Library and even attend an intriguing lecture in The Grand Lecture Hall.

Newly added for you to explore & experiment with:

If all goes well (and it will!), we will push the button on August 15!

By the way, have you seen our newest Pendula Swing Season Trailer?

We’re happy to announce that our debut title now has a name: Pendula Swing! Read more about this Social Puzzle Game here. 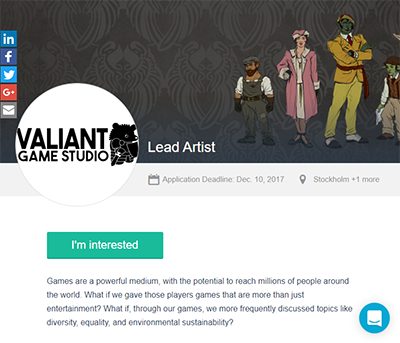 We’re Looking for More (that’s what LFM, above, means) people to join Valiant Game Studio! If you are an experienced artist, you […]